A badge is a large text label that appears in the top right of a terminal session to provide dynamic status, such as the current host name or git branch. Its initial value is defined in Preferences>Profiles>General>Badge and it can be changed by an iTerm2-proprietary escape sequence. It may also reference iTerm2- and user-defined variables.

Here is an example of a session with a badge indicating the current user and host name. 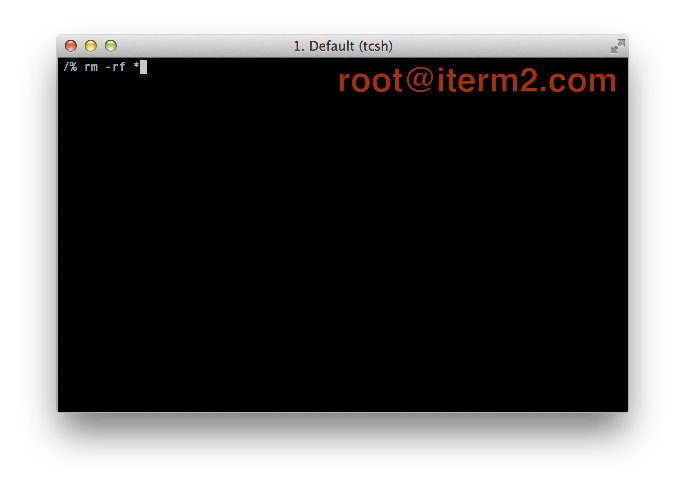 The syntax for referencing a variable is to place the variable name between \( and ). For example:

The following variables are defined by iTerm2:

Here's an example that sets a user-defined variable called "gitBranch" to the git branch of the current directory. Pick your shell to see the version you need: bash | fish | tcsh | zsh

To reference a user-defined variable, refer to it as \(user.variableName). For example, to use the example above, you could set your profile's badge to:

User-defined variables may be set with the following escape sequence:

This is what iterm2_set_user_var sends. Generally you should use the iterm2_print_user_vars mechanism described above instead of sending this escape sequence directly.

The badge itself may be set with the following escape sequence:

Here's an example that works in bash: