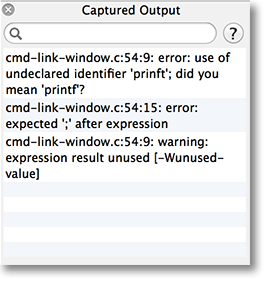 This coprocess command assumes you are in vi, and types a command to open the offending file and scrolls to the offending line. This is where the capture groups in the regular expression from step 1 become useful. For example, if the filename was "filename.c" and the error was on line 20, as in this error message: